The fifth episode of In The Loop catches up with Mute Branches, Slow Deep Breath, Oscurito, Merrimans Ghost and Microvolt.

Mute Branches soundcloud page is choc full of beautiful abstract sounds and a month or so ago he added to his uploads with one of his most experimental pieces to date. It's the product of toying around with some sounds and the vocoder function on his synth. The result is a 2 minute long demo, an ambient number with a trippy, dreamlike feel to it.

He recently also uploaded a remix of sorts. Any Deerhoof fans out there? This remix is (in the words of Mute Branches) just a "short beat thing based around samples from Lemon and Little Lemon". A nice little ditty :)

Slow Deep Breath spends a lot of time in Thailand. As you can imagine, the opportunities for recordings in such a setting are vast. He recently posted a new video on his YouTube channel that's a longer version of a previous recording of his. It's a 50 minute version of evening prayers recorded in the Wat Chedi Luang Buddhist temple in Chiang Mai. Unbelievably relaxing stuff. Patience is key when listening to this kind of material. If you allow it to, it will encapsulate you and take you to another realm.

One of our newest members, Oscurito, is gearing up for a podcast and an EP release on Bricolage in the new year. He recently shared a new track that is intended for the EP on his soundcloud page. "Octopus" is a bit psychedelic, a bit spacey and very funky. A pounding beat and a fluttering of some very nice sounds throughout. Have a listen below.

Merrimans Ghost posts his music very regularly and the last month has seen a lot of new music go up online. Head over to his soundcloud to get lost in a bunch of new sound expeditions. Guitars, experimental vocals and scratchy beats. "Darkened Garden", "Oh Beech Trees" and "Those Steps" are among some of his newest tracks but the pick of the bunch for me is "It's Not A Mystery What We've Done". It's steeped in drone atmospherics, haunting vocals and 80s type shoegaze guitars.

Microvolt has recently provided another slice of ambient genius with his new track "Mare Vaporum". Name after a plain on the moon, it's a track that invokes a relaxed cosmic feeling and glides along beautifully.The perfect sounds to drift off to.

As mentioned before Microvolt has several different aliases that he releases music under. "Blueonsilver" is another one of those and there's a new EP named "Bitfix due out at the start of December. We'll be sure to keep you posted when it drops. 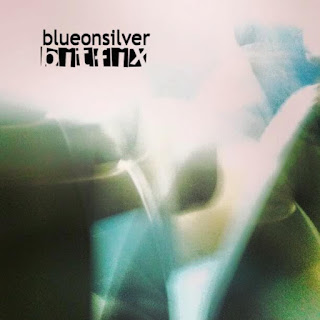 To get a feel for what "Blueonsilver" is all about head to the bandcamp page for a listen.