We're back on the audio/visual trail for the second time in a week and this time it's for Ix Prospectum and his hypnotic track "Telescope". Once again, Digi Aye have taken stock footage and Creative Commons art pieces and blended them together with the work of visual design specialist, Mike Winklemann to create a shimmering, transfixing spectacle full of silver spheres, electric movements and digital landscapes.

You can download your copy of "Telescope" and the full "First Step" album over on the labels bandcamp or below.

Posted by Bricolage at 12:27 No comments:

Tonight we're happy to be able to premiere the new A/V for Figurate's "An Exist Strategy". Our visual team, Digi Aye, have constructed a backdrop created purely from edits of the futuristic work of cult visual artist Mike Winkelmann. It's a fitting scene for the fragmented, altered reality and sound design of Figurate. Tune in and enjoy the trip.

You can grab a copy of the full debut EP from Figurate below or at our bandcamp.

Posted by Bricolage at 20:44 No comments: 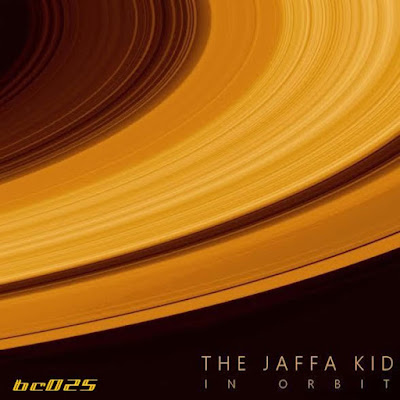 The Jaffa Kids sound palette knows no bounds. One listen through his vast back catalogue of tracks and official releases will bring you a rare but consistent assemblage of many styles. The electronic sector is his home and he's more than comfortable in every room in the house. Just at ease banging out pumping techno beats as he is with slowing down the pace and bringing his curious and free flowing taste for ambient to the table. When you fill in the gaps between those two with old school influences like breaks, jungle, acid and IDM then you have a bunch of captivating and irresistible productions.

Having being late to the table we only discovered the music of The Jaffa Kid in 2016 and quickly got him on board as soon as we could before releasing his track "Experience" on our VA Volume 4 compilation last November. With previous releases on Expanding Electronic Diversity, Recycled Plastics and Retropublik to name a few, we're more than happy to have secured a full EP release from the diverse electronic wizard in the form of his new "In Orbit"

The EP itself is a nice 50-50 split of three tracks from late 2016/early 2017 and three previously unreleased tracks. All lovingly crafted on classic synths like the Nord Lead A1, Access Virus TI2 and more. The groundwork is laid down on the percussion side with a brew of all sorts from four to the floor tech, jungle rhythms and edgy break formations. Those beats are covered by a fusion of intelligent electronic compositions that encompass all manners of progressive techno, psychedelic tinged passages, ambient atmospherics, IDM tendencies and weaves of acid. There's a distinct 90's edge and influence coursing through the spheres of "In Orbit", that could almost channel it as a throwback to the early golden times of experimental electronic music, thus giving Jaffa Kids latest offering the feeling of a classic era release that's bleeding into modern times. EP. Influenced by the likes of Plastikman, Gerald Donald, John Carpenter and Robert Hood, it's a real treat for electronic music fans of all ages.

Full streaming and download is available below or at our bandcamp.

Posted by Bricolage at 20:54 No comments: 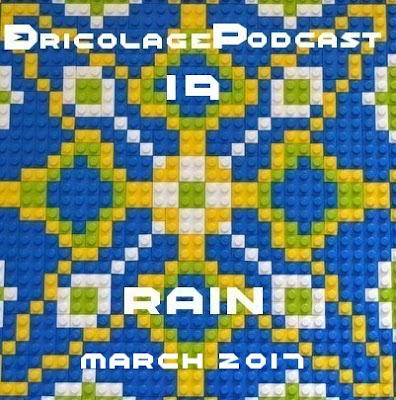 Our March podcast is a special journey through the realms of drum n bass music courtesy of Russian electronic mood creator, Rain. It's a rich supply of rolling beats and smooth progressive tempos. Prepare yourself for a barrel load of complex polyrhythmic structures in a mix that is constantly evolving. Sharp production choices and sharp mixing techniques make for an obscenely melodic, colourful and vibrant hour of solid DnB. There's splashes of energising, uplifting sounds on every selection. Deep basslines, shifting percussion, major keys, cinematic sections and chilled out vocals take centre stage backed up by a heap of springy and frisky funk components. A classic liquid DnB mix from a true aficionado of the genre. Rain has spoiled us this month.

As always listen below or over at the Bricolage mixcloud.

Posted by Bricolage at 17:00 No comments: