"I started to think of it as structured around a weekend spent reminiscing over those strange memories that are as much, if not more so, formed by imagination / fiction as they are by reality." - Mute Branches 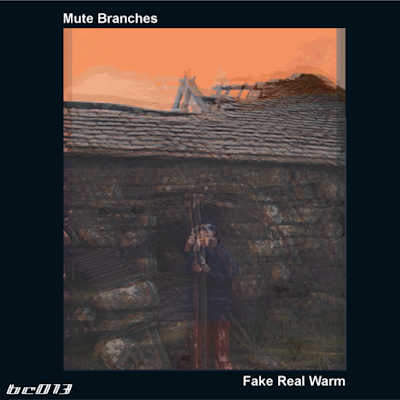 "Fake Real Warm" from Mute Branches is an album that strolls perfectly across the experimental line in the musical sands. Treading through both simple and complex patterns as it does so. It comes across as both digital and analogue. Steeped in a retro sound but also breaking into modern and fresh territory. At it's heart is a lo-fi essence full of unique samples, glitches, beguiling synths and minimal, sparse soundscapes. The bones of the album are made up of meandering bedroom beats and mellow chords and keys. Everything fuses together with ease and that familiar tinge of Mute Branches style nostalgia warmth helps to creates a beautiful daydream like scenario from start to finish. The perfect release to kick start a laid back summer.

Stream and grab a free download or "pay what you want" below or at our bandcamp.

Posted by Bricolage at 21:22 No comments:

In The Loop episode 13 is a little later than planned but takes a look at what the second lot of artists from our most recent compilation, Volume 3 ,have been upto since the release.

Crae recently posted a short, 90 seconds or so acid blast previewing an upcoming track of his. Chaotic in the best way possible.

There's also a more recent track on his page from around a fortnight ago which has that familiar dense techno beat but this time it's backed with more ambient pads and piercing little melodies. Check out "Light Above" below...

Willy mixed our May podcast at the start of the month and it's full of monolithic techno weapons. A driving, frenetic hour of beats and bass.

He's also recently posted a new track on his Soundcloud account called "Tribe Chant". It starts of with an indecipherable vocal then the drums take over and it starts to get heavier and harder. An almost industrial vibe lingers throughout. Another storming techno track from the Edinburgh producer.

A new track called "Anahata" has recently showed up on the Gregor Garnutsi SC page. Garnutsi is a man who doesn't mind straying into experimental territory on his tracks and this one is no different. It's a rare feat when someone can make such an array of experimental sounds remain interesting and unique but that's exactly what happens on "Anahata". No pigeonholing sounds, no genre type. Just electronic experimentalism at it's best.

Next up is another experimentalist in Swedgy Blinker. His track "Hobbies" from the Volume 3 compilation was a mish mash of electronic aesthetics that took no prisoners. His latest upload "Da Mellow Dee" is all wonky synths, skewed beats, vocal chop ups and a catchy melody thrown in for good measure. It's been described on soundcloud as "veggie crunk", take from that what you will and have a listen below.

After releasing the epic "All This Citys Problems Are Coming After Me" on our last compilation we also put out the ambient composers debut EP "Supine". A body of finely sculpted horizontal landscapes.

Leit Motif also mixed together our latest edition of our Headroom series and it's been very well received so far over at our Mixcloud account. two hours of patient music to drift off with.

In between all that there's also a previously unreleased track titled "Circadian Rhythm" on the Leit Motif soundcloud. It starts off with a warm fuzz and drones that come and go and it builds towards a cascading, evolving melody and quiet drums that never sit still.

"Skip To Video" was the spoken word piece that Replicator contributed to the compilation. It was a short, quietly visceral and humorous piece that bit back at consumerism. Replicators main output however is hip hop and rap based material. New track, "Hollow", is a background of piano loops and a steady beat with self studying lyrics acting as the centre piece. 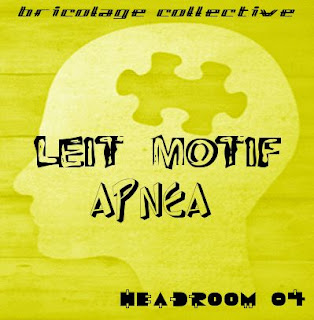 Leit Motif takes the helm for Headroom Volume 4 and provides us with a special mix that he's titled "Apnea". This otic experience is doused in translucent sounds that layer perfectly into each other in the most subtle of ways. Cushioned noises are backdropped into a collage of drones, ambience, whispered vocals and dreamlike atmospherics. The tone of the mix is set early on and it slowly unfurls and rebuilds itself in beautiful and intricate stages. The textures, fragments of sounds and shimmering, fragile elements used to create this headphone journey make it feel like time slows down when you're caught up in it. And lets be honest, it's always nice to slow down every once in a while.

As always you can stream the mix below or at our mixcloud.

Be sure to keep up to date with future ambient mixes from Leit Motif on Mixcloud.
Posted by Bricolage at 22:50 No comments:

Episode 12 of "In The Loop" takes a look back at what some of the artists from the Bricolage Volume 3 compilation have been upto.

Two new tracks of laid back, fizzled, electronics and glitchy drums have appeared on FTBZ soundcloud account. Check out 'New Tan 2.0' and 'Pisa Stub' below.

In the weeks before our Volume 3, Alpha Skies, uploaded "Colours. A heavy and steady beat interwined with computer game sounds and melodies.

The video for his track "Evergreen Morning" was also recently uploaded to our YouTube channel. It's a relaxing visual interpretation of a remarkably soothing track. Computer error codes mixed with some swirling colours, sunshine and ambient nature scenes.

Nova Noma has been busy over the last month. 3 tremendous new tracks have surfaced. The first "Atlas" is a short cinematic interlude of sorts. Then there's "Subconscious Impulse", a chilled effort with a hip hop style backbone. Lastly, "Highrise", a slightly more energetic track than what we're used to from Nova Noma. Sweeping synths are still there but the beat is that little bit more biting.

"Prelude To The Dream" is a short instrumental piece that was originally intended as an intro to the track "The Mermaids Reverie" which was the DF contribution to Bricolage Volume 3. The intro was discarded from the final version but Francis has stated that he may elaborate on this exquisite 15 seconds one day.

"Catch Ones Heart" is a blissed out piece of electronica and piano that is dedicated to his wife.

"Binary Butterfly" was full of nostalgic vibes and influences. There's two new tracks on the NTB page that follow that recipe. "Stay For The Summer" sounds exactly what you think it'll sound like. Modern house elements infused with an old school disco style. The result is a warm vibrant track perfect for the incoming summer nights.

"Paradise" is the most recent upload and is the more laid back of the two tracks. It moves along at a slower pace but is still full of those appealing signature NTB sounds.

There's been a plethora of new uploads over on the No!z soundcloud page recently. We've shared a few below. The cinematic "No!z" style and expansive sound are all at the core. The music on show is electronica for the thinking man. Carefully produced and detailed.

The sun was shining bright in Glasgow all last week and Oco got in the mood by producing a short half an hour mix of chilled out and soulful RnB and hip hop.

Posted by Bricolage at 22:32 No comments: 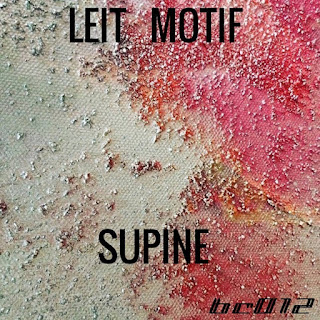 "Supine" is the debut EP from ambient composer Leit Motif and we're thrilled to have him release it through Bricolage.
As you'd expect from someone with a fondness for the joys of analogue, these tracks are full of warm tone and soft decay. The music on show here is easy to get lost in with the sleepy atmospherics, soaring drones and fractured pianos taking centre stage in each respective piece and ethereal melodies and perfectly constructed passages leading the way with each sound complimenting the next. The art of subtle disintegration in music is rare but Leit Motif does it expertly on this release. Taking his time to ensure that every sound has it's time in the spotlight before drifting off into fragments and dissolving.
It's his own take on modern classical music that according to the man himself is intended to be listened to "lying in the dark in your room at 4am."

You can stream and download the full EP for free or "pay what you want" over at our bandcamp or below.

Leit Motif (Soundcloud)
Posted by Bricolage at 18:05 No comments: 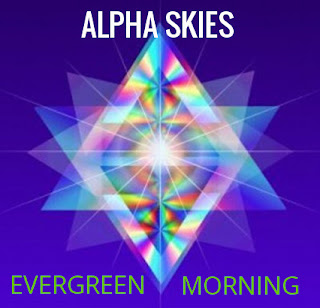 Alpha Skies contributed his track "Evergreen Morning" to our latest compilation, 'Volume 3'. Here it's given the audio/visual treatment from our resident visuals group "Digi Aye". It's a relaxing visual interpretation of a remarkably soothing track. Computer error codes mixed with some swirling colours, sunshine and ambient nature scenes. There's a full assortment of colours to admire but the green theme is at the forefront. The perfect 3 minutes for a summer Sunday evening and beyond.

You can grab "Evergreen Morning" and the rest of 'Volume 3' over on our bandcamp or below.

Posted by Bricolage at 17:55 No comments:

Danish artist Kure, who released on our debut compilation last summer, today released two beautiful pieces of work on Soundcloud in dedication to the liberation of his homeland. 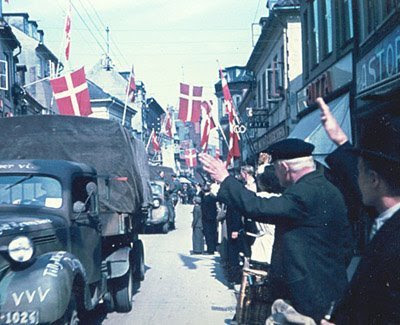 Have a read and a listen below....

"On this day, May 5th, in 1945, Denmark was officially liberated from the Nazi occupation by Allied forces after 5 years of hardship and torture. Today we also mourn and remember those who fought and resisted valiantly against the German Occupation, as well as those who paid the price for our freedom and honor with their lives - those are the true heroes. To commemorate this, I decided to release two tracks to celebrate our Liberation Day and to honor and remember the brave Danes who gave their lives fighting for freedom.

The first track Danmark is my way of celebrating Liberation Day. It features samples from the actual radio message, Frihedsbudskabet (Liberation message), that was broadcasted in the evening on May 4th, announcing the liberation of Denmark, as well, as other countries. It's recorded in mono and features heavily saturation in order to follow the same style as the radio message.
The second track, Mindelunden, named after a memorial park, is a tribute to the members Danish Resistance Movement who were executed on the spot of what is now a memorial park. More than 200 resistance fighters were executed on these grounds during the occupation. The track consists of nothing else, but pure synth. It is to represent the voices of those gone, but not forgotten.
Drenge I drenge som døde
I tændte for Danmark
i dybeste mulm
en lysende morgenrøde
For Danmark."

Posted by Bricolage at 20:27 No comments: 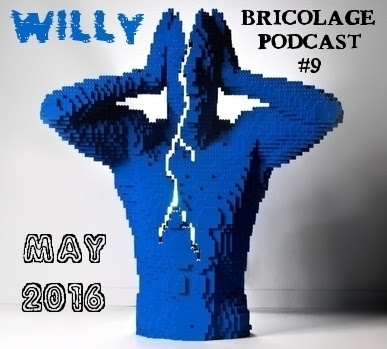 Teenage techno producer and Edinburgh native, Willy, has delivered a raw slab of unforgiving and uncompromising techno for our May podcast. Dark tones skewered together with shadowy rhythms and sounds are the main elements on show and in turn they create a very nocturnal feel to the mix. It stomps and pounds its way through the speakers in an almost mechanical fashion, stopping occasionally for very brief pauses and breakdowns that lure you in before the beats and bass simply leap back out at you again. It's full to the brim with a solid techno groove alongside a dark danceability and underground track selections that conjure up images of a smokey basement party. This is definitely a mix for the later hours and preferably played at full volume.

As always stream the podcast below or at our mixcloud account.