In The Loop: Episode 3


It's been a wee while since we updated you on what our members are up to so here's the first of two planned October episodes of "In The Loop".

First off, our October podcast by Fragile X has fared pretty well on Mixcloud and peaked at 4th in the "experimental ambient" charts, 6th in the "dub techno" charts and 47th in the "electronic music" charts respectively.

Fragile X recently uploaded the intro drone to the podcast onto his soundcloud page. If you didn't get the chance to read about how the drone was made then you can here. In short, it's the start up sound for the old Playstation 1 sound but it's been manipulated into an ominous and luring drone called "Stay Patient". A 15 second sound expanded into a 5 minute dusky drone backdrop. 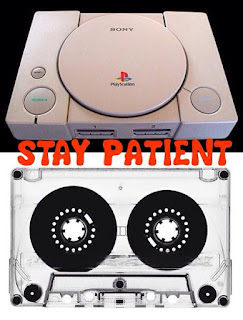 If you've read his bio on here or follow him online you'll know that Paul Randall doesn't just make music under the Mircovolt name. He has a few other aliases. One of them being "Teslacoil321". Yesterday he released his 8th release under that moniker. It's called "A Darker Path" and it veers greatly from his more ambient/drone material that I'm used to with the Microvolt name. "A Darker Path" takes on a more straight forward electronica and dare I say, poppy, tone. The synths sometimes tread, with the lyrical content, into the darker side of things but the sounds still somehow manage to remain warm throughout. A few of the tracks are triggered from nightmares which would explain the darker tone. Either way it's a twenty minutes well spent and as a 'pay what you want' download there's no excuse not to pop over to his bandcamp and grab a copy. 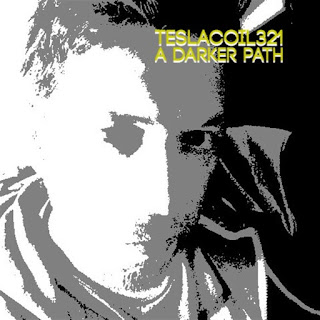 SlowDeepBreath recently ended a 4 month Soundcloud hiatus in style by uploading new track "Behind The Light". An absolutely majestic 6 minute ambient effort. Full of misty drones, gentle hypnotic drum patterns and field recordings. It flawlessly transports you to a far away world (it made me feel like I had traveled back centuries to Far East Asia) and wraps you up in it's resonance. A spellbinding piece of work from a true ambient visionary.

Smenell Field is a meadow in Leicestershire and also the title of a new track from International Debris.

I've never been to Smenell Field but if this track is anything to go by then I'd like to soak it up some time. Perfectly placed repetitive guitar notes smothered in background ambience and a soft, comforting vocal occasionally filtering through the void create a lush and absorbing atmosphere. Throw in a spoken audio sample into the mix and it's another beauty from International Debris.

Scrolling a bit further down the International Debris page I happened across "Drifting Consciousness". Think a soft wall of quiet white noise and a ghosting melody reminiscent, but not replicating, of Aphex Twin that moves along slowly which in turn frees up and clears your mind. Another gem.