In The Loop: Episode 2

Microvolt hadn't posted any new tracks on soundcloud for a couple of months but its fair to say it was worth the wait. Last week he posted a new track called "Love Echo Fade" and it's everything I've come to know, and love, about his work embodied into one track. Experimental glitchy sounds filtering through, while haunting notes tinkle away in the background. Tracks like this are the reason I was eager to have him on board the collective.

At the end of August, Kure posted his longest track to date on his soundcloud page. Until recently his longest released track was two and a half minutes. "Universe Apollo" clocks in at almost 4 minutes and has all the Kure trademarks. Warm synths, nostalgic, psychedelic atmospherics and NASA samples. The track was dedicated to Andreas Mogensen, who became the first Dane to fly in space on the 2nd September this year.

SlowDeepBreath is potentially the most well traveled member of the collective. Constantly on the go, travelling the world, utilizing field recordings and creating binaural beats wherever he goes. If you're new to the work of SlowDeepBreath then check out his full collection of meditation music over at his etsy page.

As I mentioned before, he travels regularly, here's a recent capture of a beautiful sunrise in Saskatchewan, Canada. 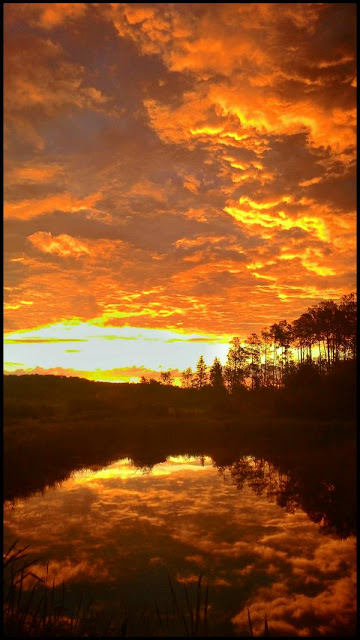 Anyone who has heard our debut compilation will be familiar with his track "The Crow Pheasant". Below is a visual accompaniment for the track. Gloopy, abstract colours on the screen fit unbelievably well with the natural sounds of the music.

Merrimans Ghost is an artist who has been very productive over the last wee while. The last 8 days has saw him upload 3 new tracks to his soundcloud page. "Austerity Austerity", "Bells" and "Must Be You". Each one with its own individual characteristics and charms.

"Must Be You" is a dark soundscape with a broken beat bobbing along nicely beside it.

"Bells" is in a similar vein but with a less frequent beat which in turn creates a more spacious sounding track.

And finally "Austerity Austerity" is the the most frenetic of the trio of new songs. Experimental guitars give way to ricocheting drum patterns before a crescendo of sound kicks in and fades out to bring an end to the track.

Behind "International Debris" is Ross Baker. Releasing quality music in vast quantities under many names but also sometimes just under the straight forward, no frills, Ross Baker. A few days ago a CDr of Ross'  album "East of Evening" was reissued on Assembly Field. You can grab a very limited edition copy of it at the Assembly Field bandcamp.

Have a listen below and get lost in the sounds that were inspired by still summer evenings.