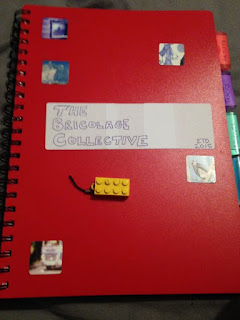 So "Bricolage" is now officially a week old. Considering the collective is still very much in it's infancy we've made some very big steps over the last week. The feedback and response has been superb. It makes the research work, messaging and hours spent sitting at the laptop this week worth it.

There's officially 12 artists on board on the music side. Their styles and sounds encompass a very broad range and it's shaping up to be quite the eclectic bunch, which is exactly what we'd planned for. There's quite a few homegrown talents in there alongside some artists from further afield. We'll start introducing you to the artists one by one very soon and the first compilation is penciled in for a release on the 31st of August. We're looking forward to sharing it.