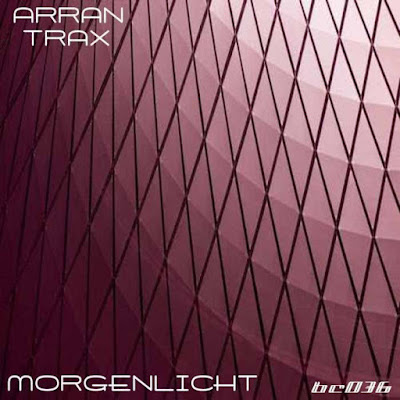 Our first release of a busy summer at Bricolage sees Arran Trax release his long awaited debut standalone EP on the label, "Morgenlicht".

Four audio slabs of acid/electro hybrids that are loaded with creativity, raw analogue power and an old school grittiness reminiscent of the experimental techno of the early 1990's. Acid bleeps and fuzzy basslines incorporated into intricate mechanical soundscapes that are complimented by meticulous drum work. The influences of the Detroit Techno era shine through on the EP but never threaten to engulf the overall sound and style that Arran Trax has tirelessly shaped for himself.

The concept behind the "Morgenlicht" EP was to 'capture that special atmosphere when you come out of a club and it's just starting to get light'.

We'd say Arran Trax has done that and more with this classy release that's perfect for peak time or that walk back from the club with your headphones on.

The EP comes backed up with the bright and colourful Dreamland Fantasy remix of the title track.

You can stream and purchase the EP below or at our bandcamp.