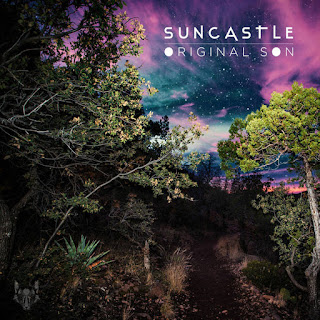 At the end of last month, Bricolage affiliate Suncastle released a mammoth full length LP on the fascinating Triplicate Records. "Original Son" is a 19 track electronic monster that acts as a sonic exhibit of what the Manchester producer is capable of conjuring up. We'll run you through our own track by track take on whats on offer in the album.

2. Into The Trees
Plods into sight with a rumble and focuses more on this producers ability to create a slow burning atmosphere.

3. Carousel
Another slow tempo and deep bass that slowly gives way to a stuttering fun fair of chiptune sounds.

6. Nerikara and Tabasuko
More carefully portrayed melodics, this time with an Eastern flavour, and some playful sounds over a swift tempo.

9. Dragon of Peat
An experimental interlude of sorts that leads into....

11. Clive's Dream
Another short interlude, even more experimental than the last with bleeps and blips falling over each other in harmony.

12. Thorpe Cloud
Starts with what could be an almost trance like tone and slowly develops into a broken beat hybrid.

15. Sabilulungan
A beautifully constructed piece of nature themed ambient that conjures up images of a gleaming forest.

17. Rabbit Dream
A perfect electro/8bit crossover that confidently bounces and sways along. Possibly my stand out track.

18. Drownhouse
The most calming track on the release. A quiet and ethereal slice of ambient that slows down the pace as we reach the end.

19. Under the Hills, Magic Remains
A superb closing track that somehow manages to take pretty much every musical ingredient from the album and cram it into 5 minutes. The precise way to close out a phenomenal release.

Overall, "Original Son" is an expansive and eclectic body or work that shows a producer who is clearly in his element when given free reign to genre-smash and explore the many sounds that occupy his headspace.

Have a listen for yourself at the bottom of the page and grab a copy from the Triplicate Records bandcamp.

*EDIT: The folks over at Triplicate have been kind enough to offer up a few download codes for this phenomenal album.

To redeem one of the 8 codes just simply head to 'triplicaterecords.bandcamp.com/yum' and copy/paste in one of the following: