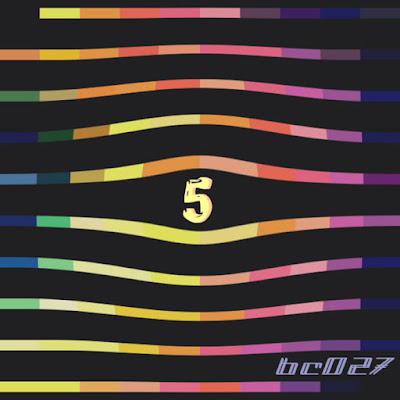 Episode 22 of In The Loop takes a look at what the 13 artists from our most recent compilation (VOL 5) have been upto recently. We'll work our through the tracklist in order so without further ado....

Mikael Hansson aka colab has managed to create his own distinctive style over the years and continually sculpts small ambient/glitch universes at every turn. His latest offering "kids" is no different. There's an air of nostalgia that flows through the dream like nature of the track.

A producer that refuses to be tied down to any specific genre. The sounds of Devras Plexi map themselves out over landscapes of beats, alien sounds and a whole body of textured melodies. There's always LOTS going on but never too much that it becomes a jumble. Having that skill in terms of production can be all to rare these days. His latest SC upload "greenYellowGlow" shows off that technique perfectly.

There's been nothing new from the German producer since our compilation release date but we can still take a look back at a track from the start of 2017. "Illumic Curves" is a track that we were potentially looking to release before settling on his more DnB themed "Fractal Particles" for Volume 5. This track has a unique feel and time signature to it then draws you into an almost psychedelic realm.

The Hamburg based Scottish producer has released a fair amount of danceable tracks over the past month or so. "Journey To A Better Future" is something a little bit different. It's still danceable, it's still got the trademark AT spacey synths and pingy drums but the message behind it is a little different. The track was made with a certain mindset....... "I had in mind the dangerous journeys so many people have made to Europe fleeing war, persecution & poverty. Maybe someday the whole of mankind will have to leave this planet in search of a new home too."

"Angel of Life" sees the Finnish producer let his guitar skills come to the fore as he mesmerises with some beautiful tones before letting the sounds drift off into a melancholic wonderland full of  The Cure-esque basslines and catchy lead lines.

The French sound designer has brewed up a slow burning fusion of electro, house and techno for his newest creation. A perfectly executed, reverb soaked, sound collage of micro beats and ping pong basslines that dance in and around each other.

The track "Shadowlands", from Blue Notes, has an eerie and spooky vibe floating throughout. Church like synth notes stab through the piece and build up tension before dashes of acid slide their way into the equation and add to the atmosphere. Dark electronica at it's purest.

It's sometimes hard to keep on top of the phenomenal output of this supremely talented producer and given the quality and quantity of his releases it's even harder to pick a track to share in here. We've gone for "Tetrahedral Kites" due to it's insane sound detail and remarkably fresh big beat feel. A true hybrid of electronic music. Think of a tone, it's probably in there. Think of an instrument, it's probably in there. The term "braindance" was coined for these kinda tracks.

Every few weeks a new production falls of the Moscow Machina production line and onto Soundcloud. The latest noise coming from the studio is "Taboo". It's a hypnotic, warm, acid based number with effective percussion leading the way for an overlay of trippy sounds.

Clearly an advocate of the raw, lo-fi sound, Pedraw's latest track sees him stick to his guns. Gravelly , understated perc work acts as the backbone for a solid groove that worms its way into your ears.

"Solution" from No Arrival starts off as a wonky ambient soundscape before traversing into a rapid fire barrage of drums complimented and acid tinged bass. Throw in the fascinating amient noises that linger over the top of the track and you've got anther unique electronic track from a very unique producer. Personally, we think this guy is really one to watch for.

"Room 13" sounds a tad unsettling. It is. But in the best possible way. There's a wave of paranoia gnawing away through this industrial synth effort from All Buttons In. A tense atmosphere born through beats that whip at you through the headphones and a deep, deep bass that constantly buzzes and intertwines itself with the bleepy leads. A complex but worthwhile listen.

"Monster With 21 Faces" really has to be heard to be believed. A true journey in sound. Classical elements clash with modern electronics to create, pardon the pun, a monster. Suncastle seems like a producer who values his experimental side and this track takes things to the perfect level of the experimental genre. It glides along with ease, never once feeling disjointed. The further you listen the deeper you fall into it's charm. You can grab it as part of the most recent Mangled Music compilation release.


Volume 5 of our various artists compilation, featuring music from all of the artists featured here, is available on our bandcamp or below.