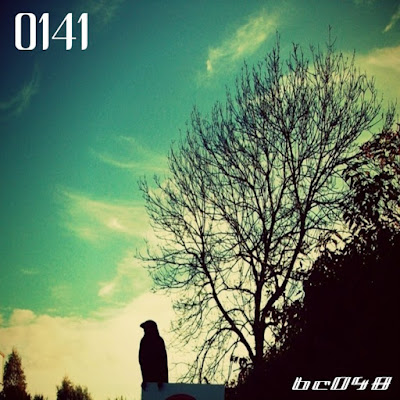 On August 31st we celebrate completing our fourth year as a label. It's been a fulfilling and creative 48 months. To mark this years anniversary we decided to bring things back closer to home and have our annual compilation exclusively feature Glasgow artists. We wanted the sounds of the city. The sounds of home.

The result is a diverse collection of electronic music from Glasgow's underbelly. We've called on some label stalwarts to provide us with sounds and also opened up our doors to some new faces. It's a fresh outlook at what's bubbling under the surface and away from the nightclubs and concrete jungle.

We're massively proud of this release and think it paints a beautifully distinct musical picture of the place we call home. It's our homage to our "Dear Green Place".

All revenue generated from the 0141 compilation will be donated to the ICU nursing staff at the Golden Jubilee Hospital as a token of gratitude for the quality of attention and support they provide patients and families in their care. Thank you.

Pre-Order Available at bandcamp or below.

01. Iain Bethel - Chambers
Blissful and spaced out ambient synths. Originally released February 2019 on the "Sight Of The Sun" EP.

03. Thousand Wolves - Polygon Or Primitive
Drifting and peaceful electronic wooziness. Originally released October 2018 on the "Half Way Between Sleep And A Seizure" EP

08. No Arrival - Nudge
Heavy and challenging drumscape that growls on the low end. Exclusive to 0141.

No Arrival on Soundcloud

10. Danni Rowan - Heck
A deep, experimental and lateral soundscape. Evocative drones. Originally released October 2018 on the "We Were Never There" EP

11. Kill Them With Noise - UR.GU.LA
An enchanting sound experiment using one single field recording of the River Kelvin. Originally created in 2017.

Kill Them With Noise on Soundcloud

12. Wullae Wright - Finish What You Started
A haunting yet playful piano piece.

13. Dreamland Fantasy - As The Rain Comes Down
Soaring and upbeat cinematic synthwave. Exclusive to 0141.

Dreamland Fantasy on Soundcloud
Posted by Bricolage at 14:50