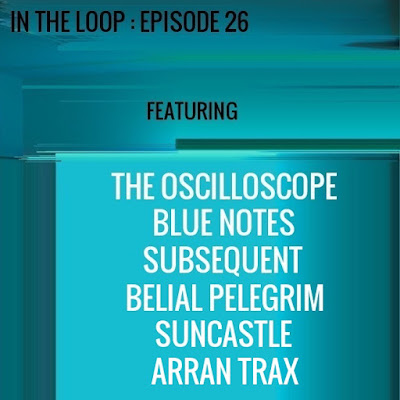 It's been a while since our last ITL so we're starting off February with a new episode that takes a look at what a few artists on the roster have been up to recently.

Some "new" old material has surfaced on The Oscilloscope page as the Swiss based producer changes pace from his usual acid sound and revisits a gentler sound with some ambient material. There's plans for a conceptual release in the works so stay tuned to his account for more details soon.

Fresh from his Tetrahedron album release on Bricolage at the end of last year, the young Glaswegian has kept his foot on the production pedal and continued to provide some excellent tracks for his followers. The latest offering being "Mnemonics". An atmospheric piece with some class ping pong style percussion littered throughout.

"Revival of Interest" is a work in progress from the Dutch musician that is driven along by a strange, bubbling, melody, warped vocal, crisp, clean beats and a rumbling, sparse bassline.

The ever prolific Californian is always at the forefront of consistency and never disappoints with his eclectic skills. Newest track "And The Sun Went Out In The Sky" is a prime example of his ability to carve out soaring ambient soundscapes alongside a tight backbone of experimental elements.

"Deep Archer" is the first track from an upcoming Suncastle LP on Triplicate Records. . It's a warm breeze of slightly wonky electronica. Upbeat basslines and fluttering melodies supply the depth in a superb all rounder that gives an insight what to expect when the release comes around. Free DL so no excuses not to dig in.

To round off the episode we have a sprawling acid-electro hybrid gem from Arran Trax. Building off the base of an almost tribal rhythm it slowly grows and grows into a monster of a tune that never sits still. There's a sweet melodic break halfway through that pops up to say hello before it gives way to the return of sonic chaos. "Morgenlicht" is up there with my own personal favourites from the, Hamburg based, Scottish producer and I'm delighted to reveal that we've started dialogue on a Bricolage EP from the man himself over summer. Expect more acid....