A little over a week ago we had the privilege of getting the opportunity of a full hour to showcase our sounds on The Monday Graveyard podcast show. The show has been received warmly and it has gained Bricolage and the artists involved that little bit more exposure. Big thanks go again to Mark Shields, host of the MG for allowing us to advertise and air a selection, of just some, of our tracks on his show.

When the special Bricolage episode was arranged, Mark asked me if I could provide him with a little back story on the label, the idea behind it and how it came about. I wrote out, and emailed Mark, a paragraph containing the meat and bones of how it came to be and the original plan was for Mark to pick the main bits out and include that as an introduction in the Bricolage featured podcast. Unfortunately, due to personal commitments and time constraints, Mark couldn't find the time to edit in the introduction segment.

So, I feel it's only fair that I share that here on the blog with our members and followers.

It gives an insight into the beginnings, the present and the future plans for the collective.

"The original concept for Bricolage came to me around 6 years ago. I've always wanted to curate a music hub of sorts where I could release music that I appreciated and enjoyed. Whilst also having the opportunity to give exposure to artists that I thought deserved a lot more recognition. Bricolage was actually my second attempt at doing that. I originally set up a small online collective known as "Are Friends Eclectic?" in 2010-2011. But I had no idea how to go about running it correctly or recruiting artists.
So the first, and only, release was a compilation that consisted of music by some close friends and music from myself under the masks of 5 or 6 different pseudonyms including the Fragile X guise. You can still find that release somewhere deep in the dusty corners of the internet! But it safe to say "Are Friends Eclectic?" didn't last long. After a couple of mixes and one compilation and I packed it in to concentrate more on sculpting sounds for Fragile X and doing audio/visual work. "Are Friends Eclectic?" fading away to nothing was actually a blessing. It refreshed my concentration for my own musical creativity and soon I was releasing music (as Fragile X) on small independent online labels like BFW Recordings and the sadly now defunct Bath Dub Sounds. Releasing on these labels, speaking to the people who run them and studying how other netlabels went about their ways gave me inspiration to once again try to start my own. So finally, in late 2014, I started taking down notes of a lot of artists on soundcloud that I really liked. I grouped around half a dozen or so together in a notepad and followed them quite closely. Since then, in between creating my own music and producing for others I found that the amount of artists I had noted down had grown to a dozen and then even more. I still wasn't sure how to go about contacting these people and asking them if they'd want to join a small online collective/netlabel but finally at the end of last summer (2015) I built up the courage (I know that sounds stupid but I was genuinely fearful of mailing people about it incase they scoffed at the idea!) to message 20 odd artists and ask them to contribute to a compilation. The response was overwhelmingly positive. There was the odd artist who didn't reply and one or two who politely declined for various reasons but, to be honest, the majority of the artists I wanted were more than up for contributing. And that was it, Bricolage had formally launched. From there it has grown into monthly podcasts, individual EP releases, music videos, unique art pieces, compilations, more musicians (we're at 26 members now) and a lot of varied and wonderful sounds.
As for maintaining consistency and communication with the artists, it can be hard. I work 8am to 5pm (sometimes later) from Monday to Friday. So Bricolage has been like a second job to me. Albeit one that doesn't pay but also one that is ultimately fulfilling. The satisfaction and experience gained from doing this is better payment than any money. It's also extremely pleasing to be able to give people that little bit more confidence and recognition for their work.
I honestly can't thank the artists involved enough for helping the idea of Bricolage come to fruition. They've all been wonderful in their contributions and the time and music they've given me is truly appreciated. 2016 is hopefully going to be a big year. We've got lots more music coming, more visuals, more themed releases, more new artists on the way and a huge collaborative project I have planned for over the summer. There's also the very real possibility of taking Bricolage onto a live scale before the end of the year but first things first. I need to establish the label a bit more and create some more exposure for it before taking it up a level. I'm not full of false hope, I know it's never going to be a huge netlabel. But that was never my aim, the only thing I want is to be able to help, encourage and showcase artists, interact with them, motivate feelings towards collaborations and just all round give them room to express themselves in podcasts or releases. 2016 has the potential to be positive and creative for everybody involved and that for me is the key thing."

Here's the original cover art for the first and only "Are Friends Eclectic?" compilation. I'd like to think I've came a long way in the last 4 years and Bricolage can be a long term thing. Here's hoping anyway! 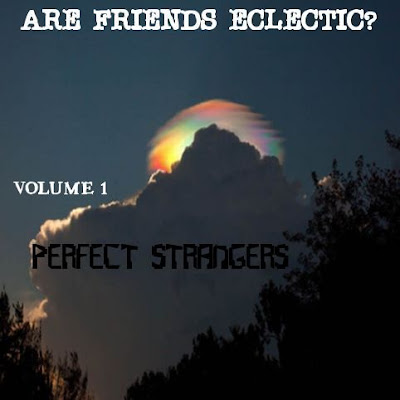 Email ThisBlogThis!Share to TwitterShare to FacebookShare to Pinterest
Labels: are friends eclectic?, the collective