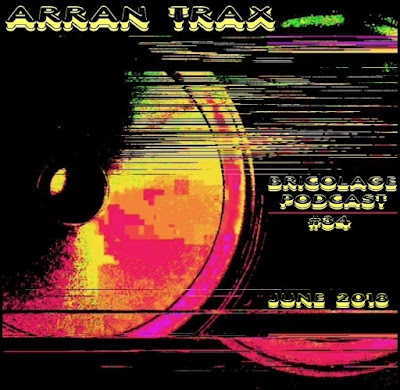 For our first podcast of the summer we've snagged a hefty slice of refined electronics from, a man very much in demand at the moment, Arran Trax.

We've got a brand new EP arriving at the end of this month from the Hamburg based producer known predominantly for his massively melodic house and disco excursions but with an undeterred love for all things acid and electro. His upcoming release on Bricolage sees him return to those roots in stunning fashion and we're excited to start unveiling some more of the sounds in the coming weeks.

In anticipation of his new release, Arran Trax, has provided Bricolage with a robust 70 minutes where he wears his influences firmly on his sleeve with a surging set of old school electro vibes, Detroit Techno grooves, acid waves and winding, complex structures weaved together with extensive track layering. A truly captivating set full of deep and cultured sounds that are perfect for the summer evenings that lie ahead.

You can stream the mix below or at our mixcloud.

There's still the chance to enter the remix competition for the "Morgenlicht" track and get yourself featured on the new Arran Trax release. The EP is out on the 25th of June with the competition closing on the 10th of June. The winner will be announced on the 17th. Grab the stems below and get creative.