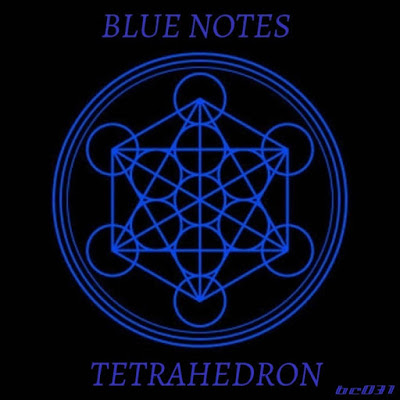 We’re proud to be able to unveil our final release of 2017 in the form of the full length Bricolage debut from Blue Notes. On “Tetrahedron” the young Glaswegian producer has cooked up a shimmering set of sounds that effortlessly straddle the thin line between ambient and IDM. Emotive melodies and soothing pads mixed with complex and glitchy beats are the calling card, and while the main focus may be on the sculpting of ethereal moods, the overall product showcases both the accessible and the experimental edges of the young production whizz as he carries on slowly carving out that signature Blue Notes sound.

He's also taken the opportunity of a full length album to formally introduce his side project, “C4", to the world with two sharp and jagged, more aggressive natured, tracks that round off the album and give off an indication of the direction he might be turning his creative skills towards.

You can stream the album in full and grab a free DL or PWYW either below or at our bandcamp.

Watch a breathtaking audio/visual for the title track below and check out one of the stand out tracks from the album available for streaming on our Soundcloud.