Every Wall Has Two Sides 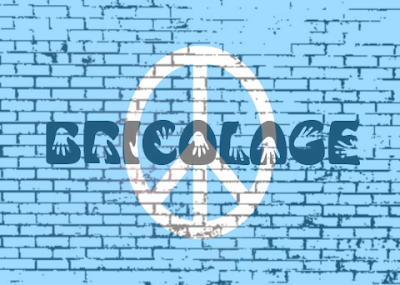 On the 20th of January 2017, Donald J Trump assumed office in the world famous White House, therefore, officially becoming the 45th President of the United States of America. It's a vote that has almost split not just America, but the whole world in two. I could go into details on my feelings on the matter in general and write a politically charged rant that could literally span page after page after page. But I won't, I'll keep it short and sweet.

Personally, I think Trump has already made and will continue to make bad, possibly even horrendous, decisions whilst he is at the helm of arguably the worlds most powerful nation.

Two of those decisions have already caused widespread controversy and saw rise to a united backlash on many different levels the world over.

The first being the planned construction of a 2000 mile long wall along the Mexican border. Off the bat, it's a ridiculous idea straight away given the cost of building such a ludicrous thing and then there's also the maintenance costs. Secondly, every wall has two sides. Think about that for a minute and take what you will from that statement. Walls create division and isolation. They block out communication. This is not a positive move by any means. It's a completely unnecessary, not to mention illogical, step from an attention seeking, power hungry, megalomaniac. 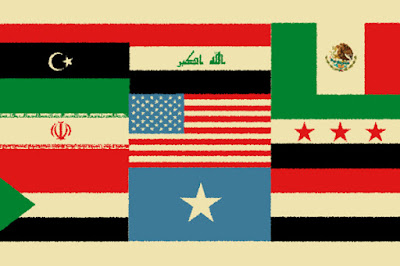 The second baffling decision from Mr Trump is the one that made me write this post. I am of course referencing the executive order given by the new President that bars the citizens of seven Muslim countries from entering the USA.

Iran, Sudan, Libya, Syria, Iraq, Somalia and Yemen are the nations "barred". With people carrying dual national passports also affected. As I mentioned earlier, I won't go into a long winded rant but what I will say is that first and foremost this ban clearly puts an immediate end to the US Syrian refugee programme and is also apparently a violation of the Immigration and Nationality Act of 1965. Not to mention, the most vital thing of all, it's a complete disregard for basic human value and rights. That's the part that eats away at me the most.

At best, it's a knee jerk decision from a deluded, apathetic 'leader'. At worst, it could potentially start a snowball effect with other nations following suit. Although fortunately it seems the majority of the rest of the world, so far, has shown solidarity and empathy with the banned countries. Freedom, equality and the pursuit of bettering ones life in another place should not be allowed to be dictated by any person or any country. I believe that we predominantly, as a world, are more than aware and encouraging of that.

Immigration has been key to obtaining diverse, colourful and primarily peaceful cultures for centuries. It's something I hold dear to my heart. We are, ultimately, all immigrants.

I class myself mainly as Scottish, but I also descend from immigrants on my mothers side. If my grandmother didn't arrive in Scotland from Koln then I might not be here. There's traces of immigrants in every single one of us.

It's for that reason that today we here at Bricolage, alongside many other labels and artists, express our complete opposition to the ban by extending our support to and stand firmly alongside the American Civil Liberties Union in attempting to combat Trumps recent actions. The ACLU are non profit and are continously working around the clock in the battle against the discriminatory actions unveiled in Trumps ban.

Money helps unions like the ACLU. Every little helps that bit more.

Bandcamp, started the ball rolling by announcing that they would be donating their share of any music bought through their site to the ACLU to aid the fight against the unconstitutional operations of the new President. Since the companies announcement, the swell in support from artists and labels throughout the planet has been inspiring.

We here at Bricolage would like to do our bit to try and help. So as of midnight (which is right about now as I write this) 100% profits from any music sold on the Bricolage bandcamp over the net 24 hours will be donated directly to the ACLU to assist them as much as possible in the war for justice and equality.

We've released a wide range of top quality music spanning all sorts of genres so go on and have a dig around at the link below.

Email ThisBlogThis!Share to TwitterShare to FacebookShare to Pinterest
Labels: the collective, world/ethnic