In The Loop: Episode 4

In the 4th episode of In The Loop we catch up on what Lo-Jacker, H.ICH, Jazz Defector and Chairman Cow have been doing recently. 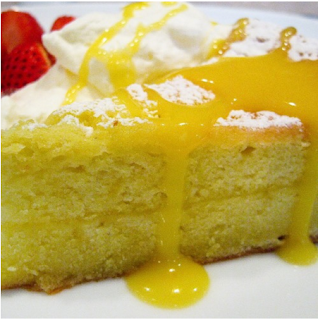 Lo-Jacker is currently working hard on a plethora of new material and 3 weeks ago he shared a new track of his that's currently in the works. "Lemon Cake" has that trademark Lo-Jacker feel. The chiming bells, the glitchy beats, quietly pulsing bass and mellow synth work. Time after time he comes up with crisp production, catchy melodies and hooks that I'll never tire of and "Lemon Cake" is another one to add to my list of LJ favourites. *insert pun about icing on the cake here*

Yesterday, H.ICH uploaded a clip from a forthcoming track of his titled "Xel. Us". Sometimes it can be hard to tell whether or not you're going to like a song from listening to a 2 minute long clip but not in this case. I was hooked after the first kick. It follows on from where "Holy Tresor" left off. Steady, metallic rhythms and no nonsense bass. A kinda eerie bleep that acts almost like a warning signal soon makes an appearance to add to the tension before the clip comes to an end. I, for one, am looking forward to hearing it in it's entirety.

Hugo (H.ICH) is also a member of the trio "Nord Church" who have a habit of blending electronica, elements of rock and trip hop into one big melting pot of sounds.

Have a listen below to their debut self titled EP and if you like it then head over to the Nord Church bandcamp where you can grab a download at a "pay what you want" rate.

Jazz Defector has just shared two very short but poignant guitar soundscapes. A live feel coupled with his incomparable sense of melancholy result in "Sketches In Blue 1" and "Theme For An Imaginary Detective Romance Film". Two tracks that are the perfect way to showcase his talent on 6 strings.

Last month, Chairman Cow shared a long lost track that had been hibernating and trapped in the "untitled" territory for just under 3 years. The track in question was a collaboration recorded by Mr Cow and Fragile X in the winter of 2012. The quiet, delay soaked, guitars at the beginning and placed intermittently throughout were provided by Fragile X and the spoken word whispery samples, heavier tones and drums by Chairman Cow himself. By the time the conclusion of the track comes around both men have traded chunky guitar lines over a riotous wall of sound. This quiet/loud combination created a monster of a post-rock track which has now been christened " Living Beyond His Dreams". After many futile attempts at shortening the track it was decided that it was best left as a 10 minute opus.

Any long time Fragile X fans may recognise one of the guitar lines in the midst of the track. It was subsequently use as the intro to the track "We Stared At The Clouds Until They Burst" from his November 2013 EP "...And When I Opened My Eyes There Was A Thousand Lights".